hereby reaffirms its full support of Mr. Veljko Kajtazi and his candidature for the Romani elect special representative to the Croatian Parliament shared with members of eleven other national minorities in the upcoming parliamentary elections in Croatia.

Mr. Kajtazi has already proven his ability to successfully represent all twelve national minorities in the Croatian Parliament. His initiatives, on both national and international level, have had a very strong and positive impact on the Roma community in Croatia.

Through his tireless efforts and numerous initiatives, Mr. Kajtazi has helped the Roma people to come close to achieving their goals which include their right to education and health care, adequate housing conditions and many more. Equally important, his efforts and support to the Roma community have established the Roma as a respectful interlocutor in communication with local and international institutions and organization in Croatia.

During his two terms as a member of the Croatian parliament Mr. Kajtazi ensured that the Romani genocide victims in the World War II are remembered and commemorated.

Mr. Kajtazi has been actively taking part in all important initiatives of the International Romani Union (IRU).

IRU highly appreciates Mr. Kajtazi’s contribution to the development of world Roma culture and history, as well as the model he developed in Croatia could serve as an example of Roma integration for all European countries.

We are pleased to announce our fully support to Mr. Veljko Kajtazi’s candidature for the member of the Croatian Parliament and the Croatian Romani Union “KALI SARA”.​ 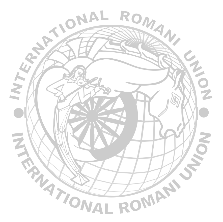